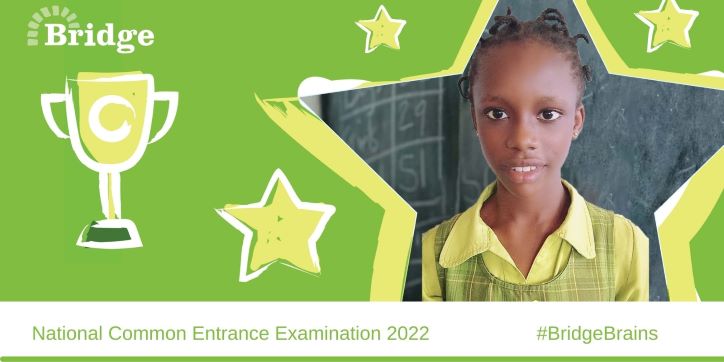 This year, 131 Bridge pupils participated in the NCEE. This represents a 12% increase from the previous year’s enrollment in the examinations. The students took a mock examination to prepare them on what to expect for the examinations. We are pleased to announce that the results are in!

Participating in the National Common Entrance Examination, Bridge Nigeria pupils joined thousands of pupils nationwide in a fierce competition for spots in federal and unity secondary schools. It is important to note that there are just 106 Federal Unity Schools in the country being contested so the competition is fierce for the coveted prestige of attending a federal government secondary school.

Education at Bridge Nigeria encourages gender parity in its schools as boys and girls make the same learning leaps by receiving life-changing education in a conducive environment where their skills are given ample room to shine. 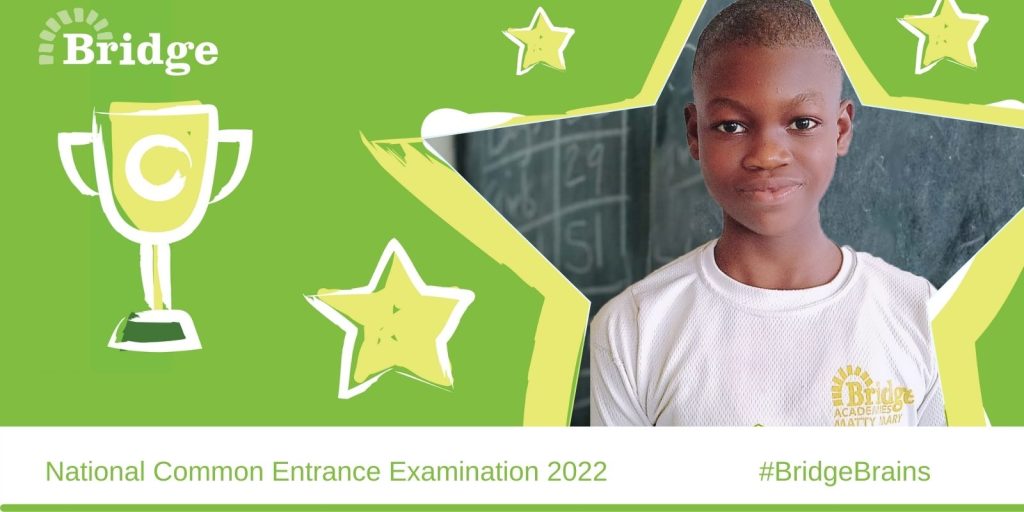 Four students put Bridge Nigeria schools in the running for best-performing pupils nationwide at the just concluded examinations. 11-year-old Princess Nnamuzie leads 130 more pupils with an excellent score of 189. Following closely behind are Itura Darasimi Idowu and Precious Ebuka Obioma with a tied score of 185 and Soburah Wuraola Akinsowon with 179.

While the students prepare to be posted to their chosen schools, it is important to note that every state in Nigeria has a different weighted pass mark for the common entrance exam which is designed to take into account the wide differentials between Nigerian states including poverty levels.

In addition, to weighted state cut-offs, the state pass mark applicable to an individual child is dependent not upon which state they sat the exam, but the child’s state of origin. For example, if a child sits for the common entrance exam in Lagos but is from Edo, the cut-off marks for the child will be based upon the Edo State cut-off, not the Lagos State cut-off.

The NCEE remains one of, if not the most, competitive examinations to get admitted into secondary schools in Nigeria, administered every year to Nigerian children both at home and abroad.